Change Your Lifestyle and Keep the Weight Off

I bet you did not know… 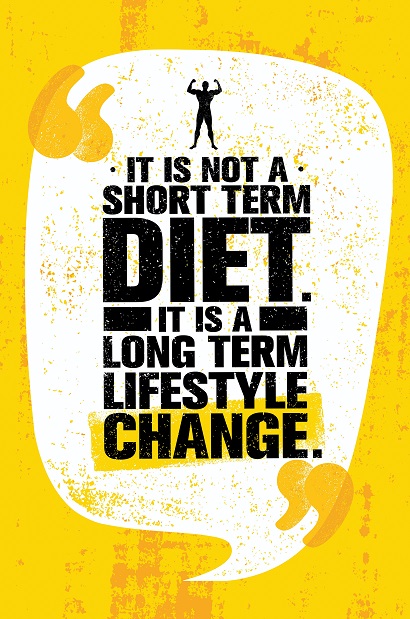 Kevin Hall, a scientist at the National Institutes of Health (NIH) studied 14 Biggest Loser contestants. What he discovered is that over time, 13 of the 14 contestants he studied gained on average 66% of the pounds that they had originally lost. And of those 14, 4 had become heavier than they were prior to being on the show.

That may be depressing enough to make the most motivated dieter give up, right? Well don’t give up yet, it is possible to lose weight and keep it off.

Rena Wing,a professor of psychiatry and human behavior at Brown University runs the National Weight Control Registry (NWCR) which tracks people who have successfully lost weight and kept it off for a year or more.

The most revealing detail about the registry is that everyone on the list lost significant amounts of weight, but in different ways.

98% of the people on the Registry say they modified they way they ate with most cutting back on how much they ate per day. 94% increased their physical activity, with walking being the most popular form of exercise.

When asked specifically how they kept the weight off, they said they eat breakfast every morning, weight themselves once a week and exercise about an hour a day on average.

The overall commonality is that they had to make changes in their everyday behavior.

Losing weight and keeping it off is HARD. No doubt about it. But it is POSSIBLE and when people do it, their lives are changed for the better!

We at Lifexcel Carolina help you to transform the way you look and feel about food. We help you uncover sabotaging thoughts and triggers. We give you tools and resources that encourage success and the best part is you don’t have to do it alone.

To learn more about what we have to offer, join our Willpower and Weight Loss Questions group for free support, resources and tools.